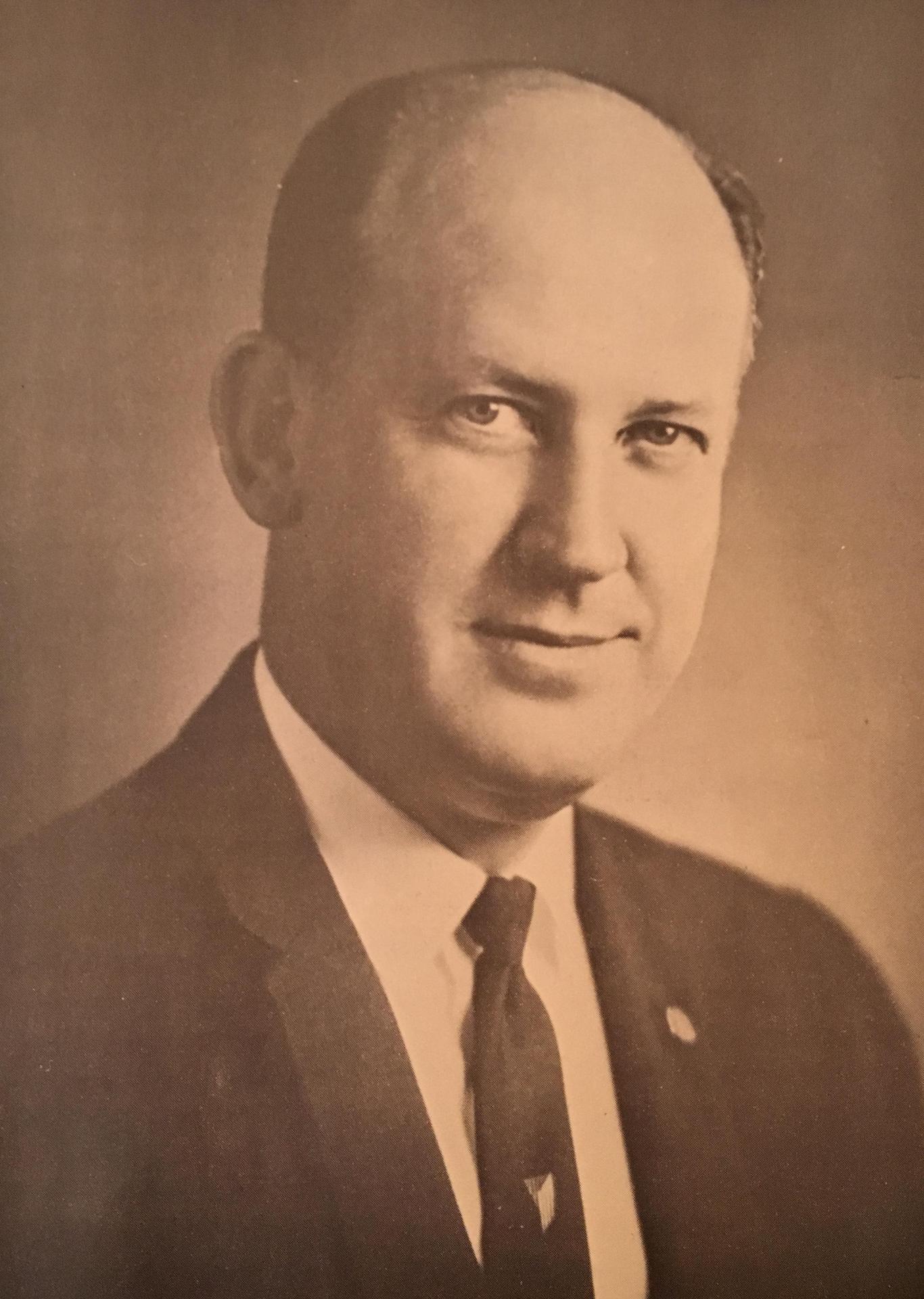 On October 13, 1985, the Board of Trustees of the McAllen Independent School District dedicated its fifth junior high school in memory of Homer J. Morris who, as a teacher, coach, and administrator, devoted 43 years of service to Valley children.

Born November 2, 1915 in Wills Point, Texas, Homer J. Morris began his teaching career at Edinburg’s Sam Houston Elementary School in 1938, where he was vice-principal from 1940 until 1942. World War II interrupted, but by 1945 Mr. Morris was again teaching and coaching in Edinburg. From 1947 until 1949 he was head coach at Edinburg High School, then athletic director of the Edinburg district. In 1951 he was named Assistant Principal at Edinburg High School where he served as principal from 1952 until 1964. Mr. Morris moved to McAllen in 1964 and served as principal of the high school until 1966, when he was named assistant superintendent to the superintendent. Mr. Morris was again principal of McAllen High School in 1969-1970. He served as MISD director of secondary education from 1970-1981.

Homer Morris, because of his positive approach to life and the love and respect he bestowed on others, was in turn loved and respected by parents, children, and fellow educators throughout the Valley. In addition to his service in the field of education, he held an impressive record of civic involvement. Mr. Morris was president of Edinburg Kiwanis Club (1953) and the McAllen Kiwanis Club (1975), and served as Kiwanis Lt. Governor, Division 26, in 1977-78. In 1975-76 he was both president of the United Fund and president of the Easter Seal Society. In addition, he served on the boards and committees of a number of civic institutions including the Salvation Army, The McAllen International Museum, The Easter Seal Society, the Chamber of Commerce Convention Committee, the McAllen Heart Association, the Freedom Foundation of America, and the Pan American University Alumni Association.

He was chosen McAllen “Man of the Year” in 1976 and was elected by the McAllen Classroom Teachers Association as the “Outstanding Administrator” for 1975-76.

Mr. Morris dedicated his life to the education of McAllen children, and it is proper and fitting that this school is dedicated in his name, memory, and honor.